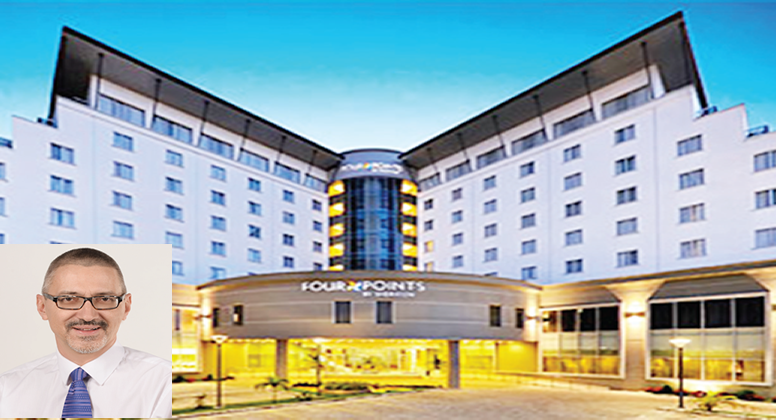 One of the leading hospitality and consultancy firms in Nigeria, W Hospitality Group, Lagos, has in its seventh edition of the Hotel Chain Development Pipelines in Africa 2015, a detailed survey on the hospitality industry development profile, chronicled the state of the ever – growing hotel sector industry with particular reference to growth expectations and its underlining factors; and concludes that almost 50, 000 rooms are in the pipelines this year with the number of rooms in sub-Saharan Africa exceeding North Africa by almost 70%, writes ANDREW IRO OKUNGBOWA.

For this year’s survey, 37 hotel chains with 80 brands contributed to the study – the highest since the survey debuted in 2009 with just about 19 chains. The study also established the fact that investing in hotel development in the continent is a herculean task; however, this is not enough to deter investors and hotel chains, as many of them are ever determined to explore the abundant opportunities that the continent offers, hence some of them have set up offices in the continent. The study also noted the growing interest in the number of hotel investment conferences on the continent with the African Hotel Investment Forum (AHIF) as one of the leading fora.

The event held in Addis Ababa, Ethiopia last year and was said to have attracted over 500 delegates from 47 countries and it was sponsored by over 35 companies – international hotel brands, the leading advisory firms, governments, developers and banks. AHIF will again be held in Addis Ababa in 2015.

The SSA region, of course has far more markets than North Africa, 49 countries compared to five of North Africa. Many of the SSA markets have historically been underserved with branded hotels and are now playing catch up – Mauritania, for example, with no existing branded supply, now has three branded hotels in the development pipeline. Growth in the pipeline in North Africa has slowed considerably, impacted by unrest and political conflict in the region. Egypt, which has traditionally been a major growth market, lost some projects off its pipeline due to delays and the cancelling of some deals in 2014.

Libya, a country which many groups were focusing on just two years ago, has seen no new activity in terms of hotel development deals, for obvious reasons. According to the details of the findings, West Africa accounts for 53% in of the rooms in the pipeline in sub-Saharan Africa, followed by East Africa with 24%, Central Africa with 12% and Southern Africa with 11%. Besides having the largest numbers of rooms, West Africa also have the highest numbers of countries – 13 – where activities are in the pipeline with Nigeria said to have largest economy, the largest population, and the largest number of urban conurbations in one country, with the exception of South Africa.

As in previous years, Southern Africa continues to lag behind, with fewer rooms in the regional development pipeline this year than in Central Africa, and with the highest number of countries with no activity at all – five, namely Botswana, Lesotho, Malawi, Swaziland and Zimbabwe. While the reports combined both signed deals and on site projects in the pipeline, it however revealed that sub-Saharan Africa has more deals on site and under construction than North Africa.

In 2014, North Africa had 75 per cent of its signed deals on site, compared to 56 per cent in SSA. In terms of total pipeline status, Sub – Saharan Africa has 191 hotels with 31, 150 rooms whereas in terms of on site construction it has 17, 070 hotels translating to 54% while North Africa has a total pipeline status of 79 hotels with 18, 565 rooms but 14, 428 translating to 46% in terms of on site construction. In terms of countries’ perfor-mances, Nigeria heads the top leading countries in Sub – Sahara when it comes to number of rooms with 51 hotels and 8, 563 averaging 168 in size.

Furthermore, the reports also took a look at cities with Lagos topping the chart of the 10 cities with the highest number of planned rooms. Lagos has 3, 611 rooms followed by Cairo with 2, 704, Abuja with 2, 177, Marrakech with 1, 970, Sharma el Sheikh with 1, 761, Algiers with 1, 341, Dakar with 1, 326, Nairobi with 1, 220 and Kampala with 1, 181. From the findings, Egypt has two of the largest destinations for new hotel deals, Cairo and Sharma el Sheikh. Lagos and Abuja, the commercial and political capital respectively of Nigeria, are both in the top three cities. However, of the 11 hotel deals signed in Abuja, only two, the Fraser Suites and the Hilton Garden Inn are actively under construction.